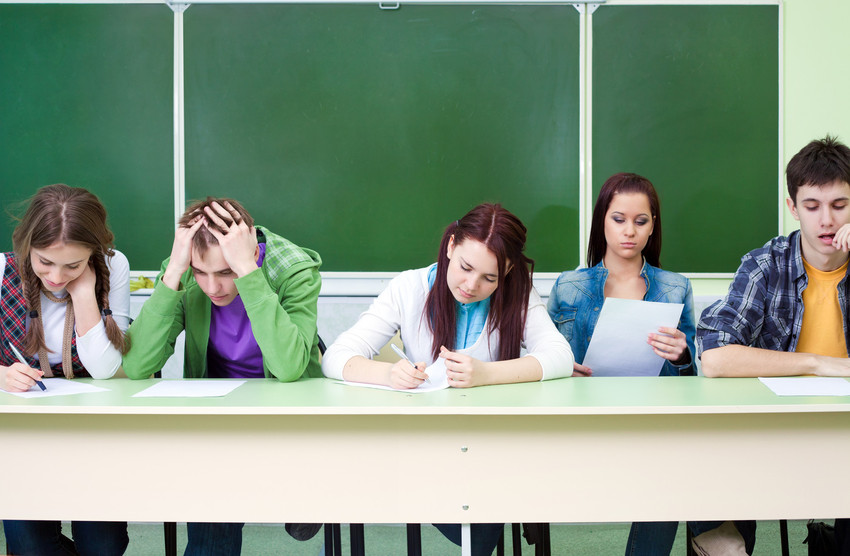 The honest truth is, I’m a pretty average guy by academic standards.

When I was in high school, I maintained a B average. In college, in my engineering program, that dropped down to a solid C. If you’re keeping score by the world’s grading standard, I shouldn’t be the owner of a multi-million dollar recruiting software and contract staffing company.

If my success shows you anything, it’s that you don’t have to be at the top of your class to be a successful business owner. As matter of fact, being in the middle of it might actually serve you better. I did get B’s and C’s in school, but not because I couldn’t muster anything better. I was simply more interested in other things, like making money, and testing out my latest, occasionally crazy, business ideas. These beyond-the-classroom pursuits pulled me away from my studies and ultimately shaped me into the man I am today.

Education Beyond the Classroom

Did you know that most business owners weren’t “A” students when they were in school? Most of them were “C” students.  Ironic, but it makes sense when you think about it. If you’re at the top of your class, in a system that tells you you’re the best, you’d be predisposed to pursue excellence inside a structure that rewards it. If you’re more about doing what you care about instead of winning letter grades, you might see a C as an acceptable compromise so you can focus more of your time on the things you care about, like music or sports or, in my case, seeing if my latest business idea would actually work.

It’s important for me to stress that I wasn’t a goof-off. Well, not a total goof-off. I cared about school and I knew it was valuable, but I was a risk-taker. I wanted to see my ideas realized more than I wanted to learn the theories behind other people’s ideas. I suppose if I’d have seen just how clearly those ideas could help me in my immediate efforts, I would have paid a little more attention, but I was young, and rash, and had to learn by doing. I had to launch a startup to really learn what I wanted to know.

Proof That C’s Get Degrees

The old adage, “C’s get degrees,” held true, and I still graduated college with an engineering degree and climbed the corporate ladder. In fact, there were parts of that corporate ladder that I loved and excelled at— the parts where I got to be entrepreneurial, take risks, and test my ideas. Telling, no?

Some might say that, had I applied myself more in college, I’d be an even bigger success. They may be right. Or maybe I would have missed out on one of the many unscheduled lessons that life off the beaten path had to offer? Maybe I wouldn’t be at the helm of Patriot Software, the online accounting and payroll software company that currently I own and operate. I know a lot of “A” students who like their company roles because it’s more of what they know: structure that rewards them for doing great work. For me, I wanted to make my own roles, follow my own beat, and decide my own rewards. Call me rebellious, call me foolish, call me a risk-taker. All of those things are true, and, because they are, you can also call me happy, fulfilled, and successful.

Do Entrepreneurs Even Need Degrees?

Here is something I read a while back that really put all this into perspective: there are approximately 315 million people in USA, and there are roughly 29 million businesses (according to the 2008 census).  That means that nearly 9 out of every 100 people own a business.  And how smart are these business owners? From what we just discussed, the majority of them were “C” students in school for various reasons, including perhaps, being a little rebellious, like me.

And how many business owners have completed a college degree?  According to a 2007 Survey of Business Owners issued by the US Census Bureau, 50.8 percent of owners of the firms that answered the survey said they had a college degree.  That’s just over half.